Ankita and Jon’s Engagement: Fun and Flirty in Philly

Ankita and Jon met in college. But before they ever met face to face, one of Ankita’s sorority sisters showed Jon her picture and he couldn’t help but notice how cute she was! Suddenly feeling protective, Ankita’s sister said “don’t even think about it”. Lucky for Ankita, that didn’t work. Because when she finally met Jon several months later at a Greek life event at Drexel University, they hit it off immediately. They spent the whole night talking and they’ve been together ever since.

Five years later, just after Ankita’s birthday, Jon decided it was time to pop the question. They went to dinner with their families, to celebrate Ankita. And they were having a wonderful time at the restaurant. But, Jon had a plan to make it even better. He’d had a special cake made. Instead of having the bakery write “Happy Birthday” on top, he asked them to write “Will You Marry Me?”. So, when the server brought it out, Ankita exclaimed “of course I will”, before Jon could even ask the question himself. Love it! Congratulations Ankita and Jon! 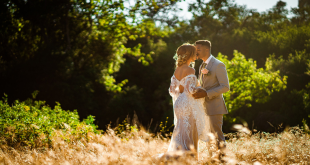