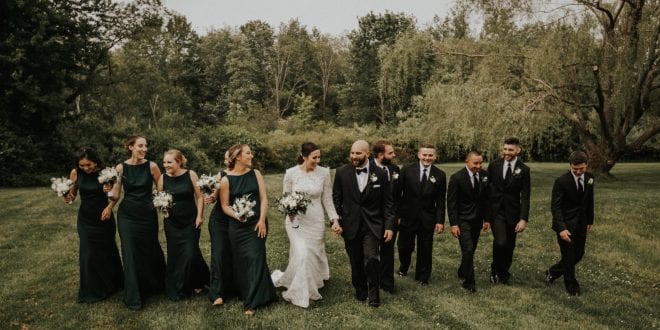 Lindsey and Alex met during their junior year of high school in Litchfield Connecticut. That year, a freak nor’easter dropped two feet of snow at Halloween! The power went out and schools were shut down for over a week. One of Alex’s friends had a generator, so he invited Alex to stay with him during the outage. And as it happens, Lindsey’s friend was interested in Alex’s friend.

So, one day the group got together for a snow day. And Lindsey planned on being the very best wing woman ever! Until she got there and met Alex. She says it was love at first sight. And by the end of the day, the two had shared their first kiss. The next day, Alex asked Lindsey out and they’ve been together ever since!

For their wedding, they wanted something classic, rustic yet elegant at the same time. And the day was everything they ever dreamed of! After first looks by the pond at The Barns at Wesleyan Hills, they exchanged vows during an outdoor ceremony. And white florals lined the aisles. Lindsey was gorgeous in her long-sleeved lace gown and Alex was handsome in his classic black tux. Meanwhile, the bridesmaids wore elegant, emerald green gowns and carried classic white floral bouquets. The groomsmen were dapper in black.

At the reception, Lindsey and Alex let the barn’s natural beauty shine. At the same time, rustic crates and boxes enhanced the decor while crystal chandeliers added elegance. And one wall featured draped Edison lights for a romantic glow. Before dinner, Lindsey and Alex shared their first married dance. But afterwards, they had fun playing the shoe game. The DJ from Powerstation Events got everyone up and dancing and dessert featured a donut wall alongside traditional wedding cake. Congratulations Lindsey and Alex! 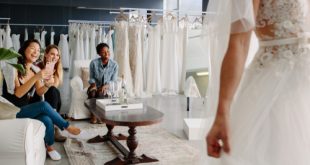 Soooo, What Exactly Is a Trunk Show? 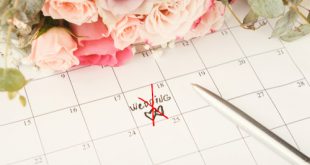 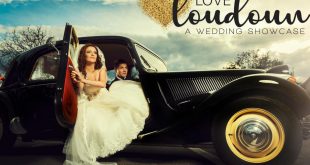