I was so glad we got to capture this romantic Hunting Hill Mansion Proposal for Leroy and Raina. The set up was so sweet and the suspense was killing me the entire time we waited for their arrival.

Hunting Hill Mansion has roots back into the 1700s where it was originally a Georgian farmhouse that is still used as the reception area of the venue. In the early 1900s, the property was acquired by the Jeffords family. The mansion was given as a present by Sam Riddle, a millionaire, socialite businessman at the time, to Sarah Dobson Fiske, Sam’s niece, and Walter Jeffords, her fiance, a prominent Philadelphia investment banker. I find it particularly appropriate that the venue is often used by Parque for weddings and engagements as the mansion itself was an engagement present.

The mansion itself is sprawling and luxurious with 13 fireplaces and 9 bathrooms with 38 rooms total. Some prominent features of interest to wedding couples would be the bridal suite, first-floor ballroom, grand staircase, living area, and restrooms all of which are available for rent through the mansion’s exclusive cater Parque. The grounds include topiary, rose, and fountain gardens, a reflecting pond, and a line of cedar trees popular for pictures. The gardens were designed by the Olmstead Associates of Massachusetts, the same firm that designed New York’s Central Park.

The estate itself stretches about 2000 acres and was later sold to the state in the 1960s. It was opened to the public in 1972.

One of the most touching aspects of the proposal is the bride’s parents came early to set it up:

When everything was in place, the bride’s parent’s left to “give them their moment,” and the couple approached the appointed spot.

Leroy selected the small plateau facing the mansion as the site for his big moment. It overlooks the grand mansion itself and the luscious greenery in the foreground and background. After the proposal itself, the couple shared a few moments and then decided to take some pictures around the grounds.

After the proposal, we went down to the main lawn in front of the mansion, where Leroy had a picnic set up for his new fiance. She immediately facetimed her mom who was waiting to hear the big news.

After that, we took the couple around the grounds for some beautiful, romantic engagement portraits around Hunting Hill Mansion. We love the columns and archways which lead to the grandeur of the event. Since all the flowers are in bloom, we loved taking advantage of the greenery all around the grounds. 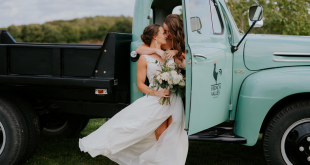 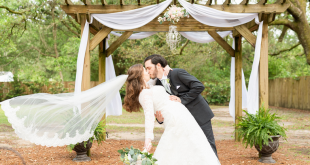 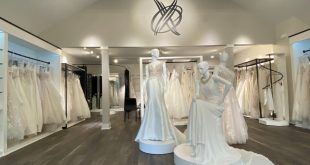 Dress You Up! Your First Bridal Appointment at Tang’s

Venue with a View: The Ospreys at Belmont Bay