Meant to Be: Michelle and Blair

They met at a career fair. The first day, Blair realized networking is harder than he thought and decided he needed to be more bold. He spots Michelle and decides to sit next to her because she seems to have her act together and he thought she was cute. As Blair walked out of a Peace Corps event after the career fair, he spotted Michelle with a friend near the entrance. Michelle was looking for someone to take a picture of her and her friends when Blair happened to walk up. She asked him to take their picture. They found themselves leaving together walking toward the Metro. Blair asked where she was headed and they ended up headed to the same place. The train was packed and they got separated and Blair tried to play it cool by messing with his phone and casually waving when she got off. The next day, the career fair was hectic and he ended up running into Michelle again where he casually introduced her to his uncle who was managing a table there.

Blair forgot to get her contact info and all he knew was her first name that she was a volunteer in Paraguay. He eventually found her and they later arranged to meet up. They found that they had so much in common and continued to go on dates until he finally proposed. It seems like everything happens for a reason and that these two were meant to be. 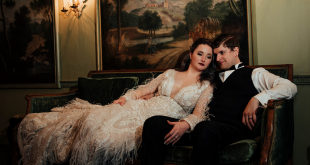 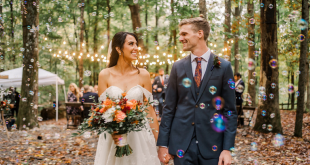 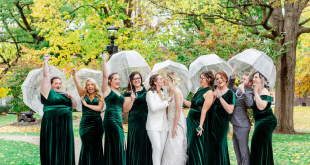 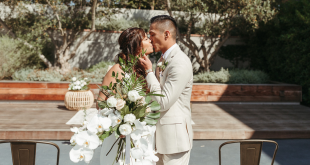