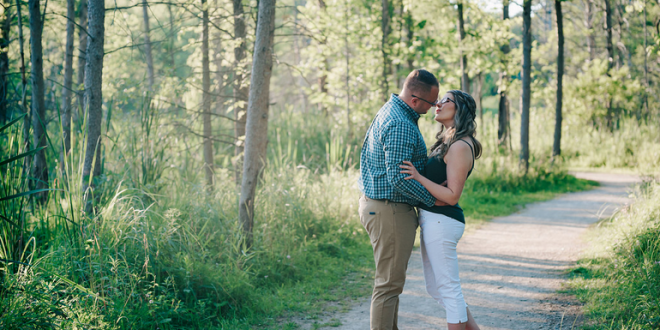 Brooke and Jon’s love story gives hope for everyone out there trying to do the online dating thing. They met each other Buzzing on Bumble, had their first date at Qdoba (because, in Brooke’s words – “Who wants to have an awkward first date at the fanciest place in town?!”) and had an absolute fairy tale proposal at Walt Disney World!

I couldn’t possibly tell you their proposal story better than Brooke does:

“After a very rough morning that involved taking too long to get ready and running a mile to make it to breakfast on time, we finally arrived at Magic Kingdom for our first official day at Disney together. We were with my parents, my sister, and my grandmother. We went to get a family photo in front of the castle, even though I strongly believed that we didn’t have time for a photo because we were running behind schedule… you could tell I was in the dark. After the family photo they did couples’ photos. Jon and I went first, we only got one picture in before he got down on one knee. I have no idea what he said. He has no idea what I said. We like to believe I said yes…but no one really knows. I was crying. He was crying…”

I mean, c’mon – what girl doesn’t want to be given her very own glass slipper with a gorgeous engagement ring in front of a castle?! Talk about being treated like a princess!