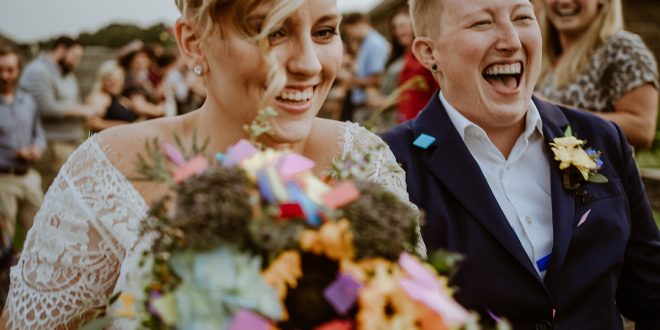 Melanie and Chelsey had a large wedding planned and had to scrap their plans for COVID. They came to me for ideas on where to elope around our town. My friend, Abraham Rowe, had a beautiful studio I had used for styled shoots in the past. I asked him if he would be open to an elopement happening in his space. He approved! We used his the plants around his studio, vintage stools, books, and glass as a minimalist backdrop. We used mismatched vintage chairs and an old bench for seating for Melanie’s parents, the couple’s sisters, and friends.

Melanie and Chelsey got ready at an Air B’n’B nearby. They each did a first look with their close friends that assisted them in getting ready for their day. Then they headed to the venue separately for their first look. At their first look, they exchange vows privately. Immediately after exchanging vows, they were married in front of their closest people.

Once they said “I do,” they were off to Melanie’s mother’s backyard for their reception. The entered under a rain of rainbow confetti (Yay pride!), then went directly into their first dance. After their dance, Chelsey changed from her dress to a white tux. That Is when the party started. They cut their cake and shotgunned Budlight. A couple pups crashed the party at the end of the night too! 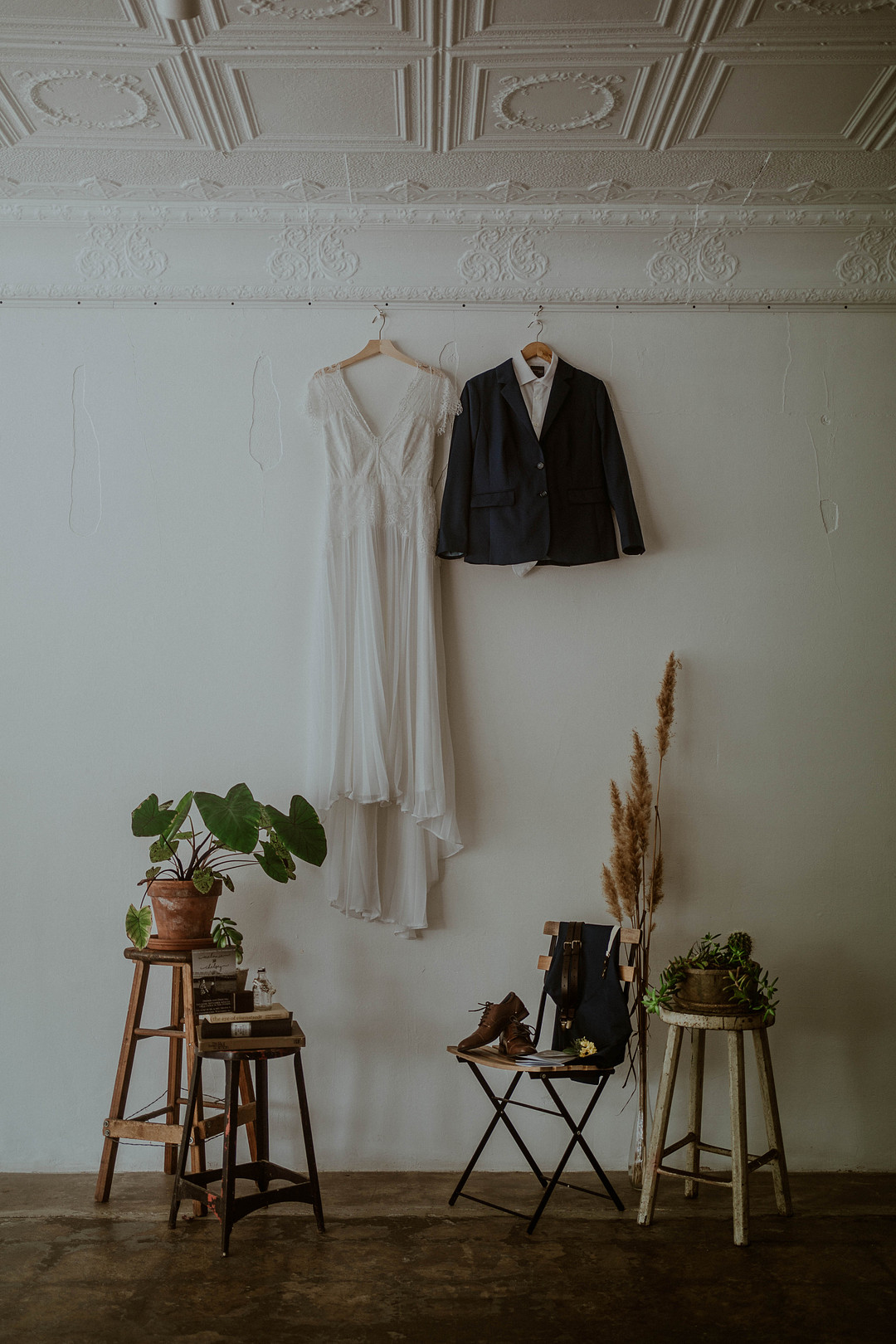 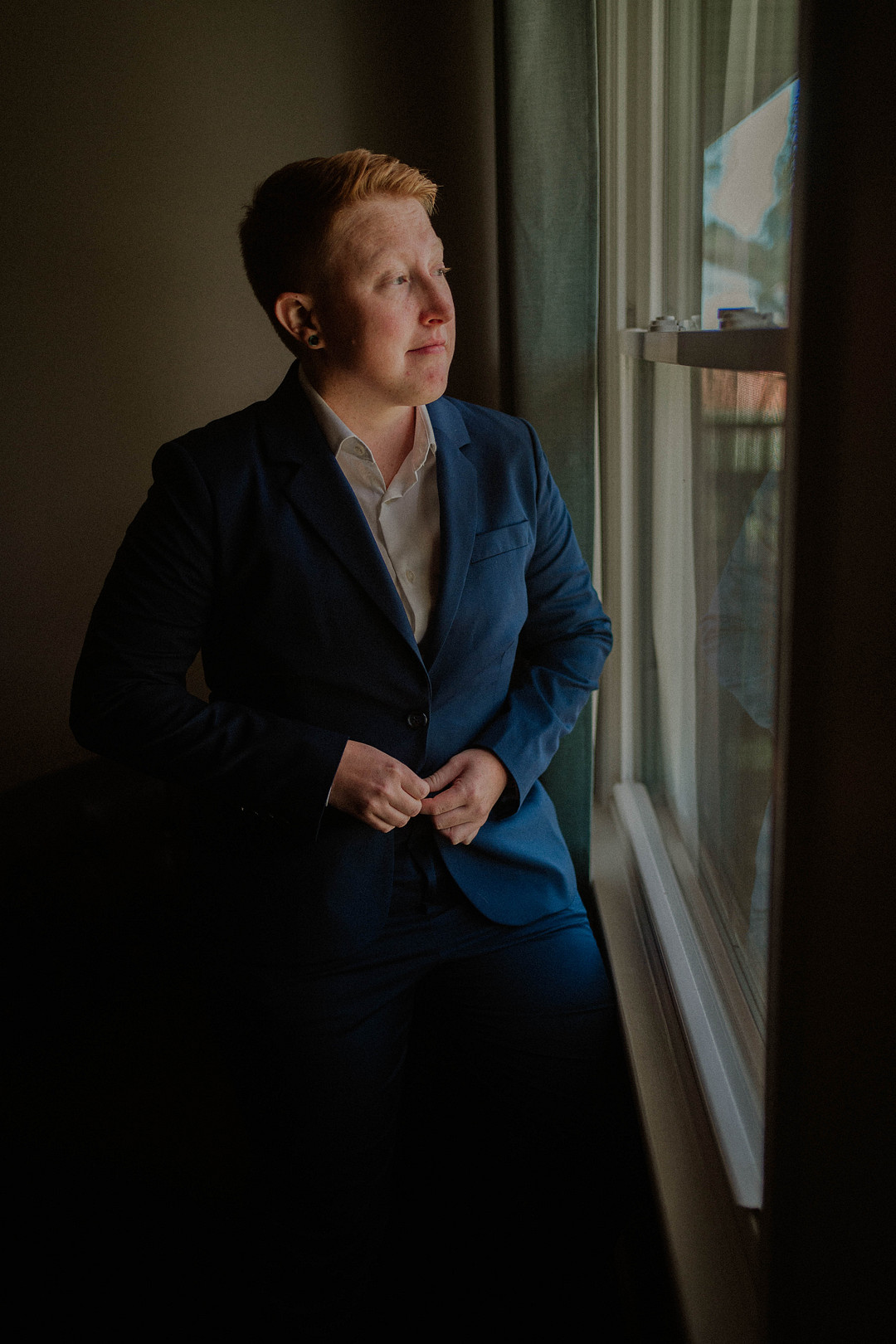 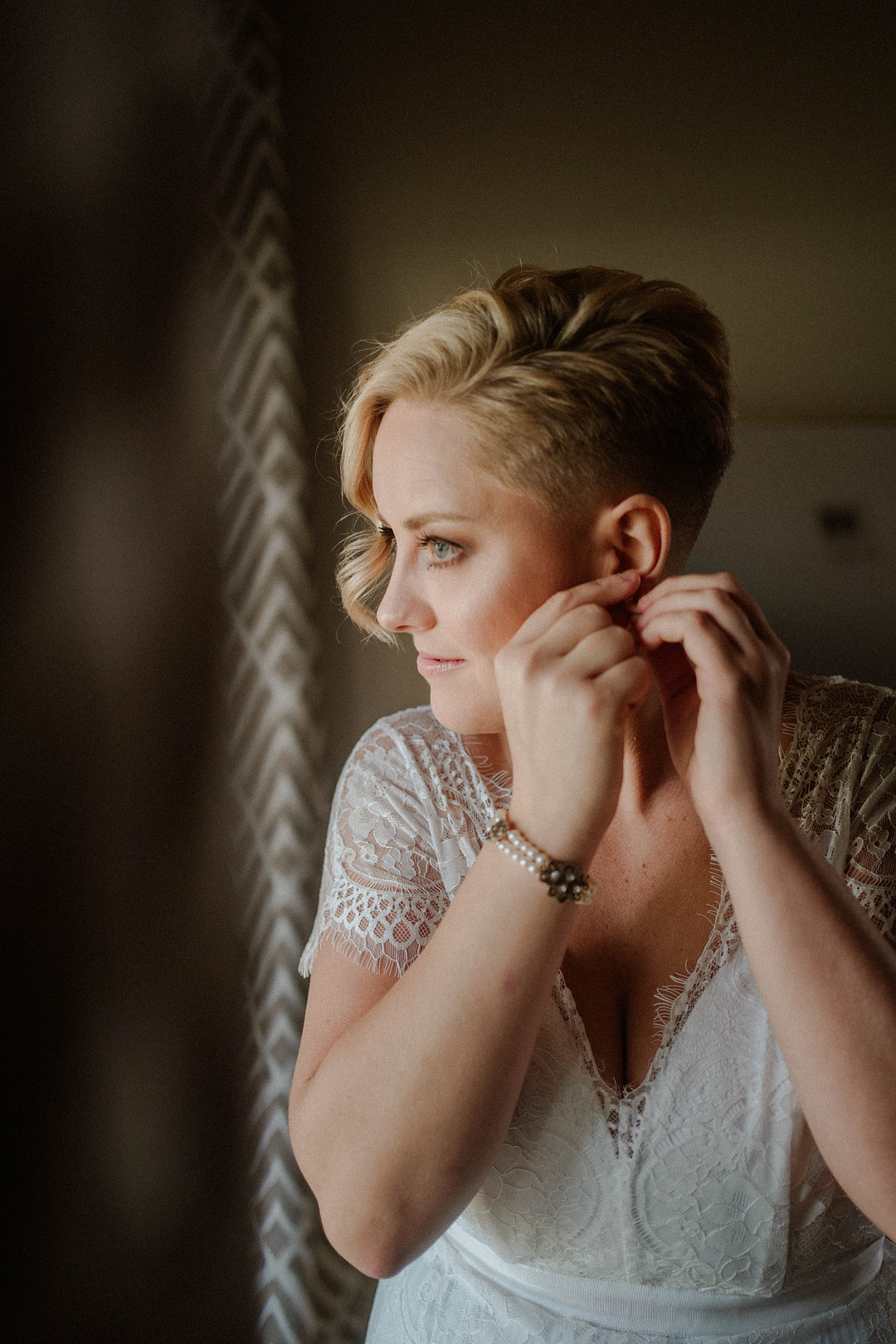 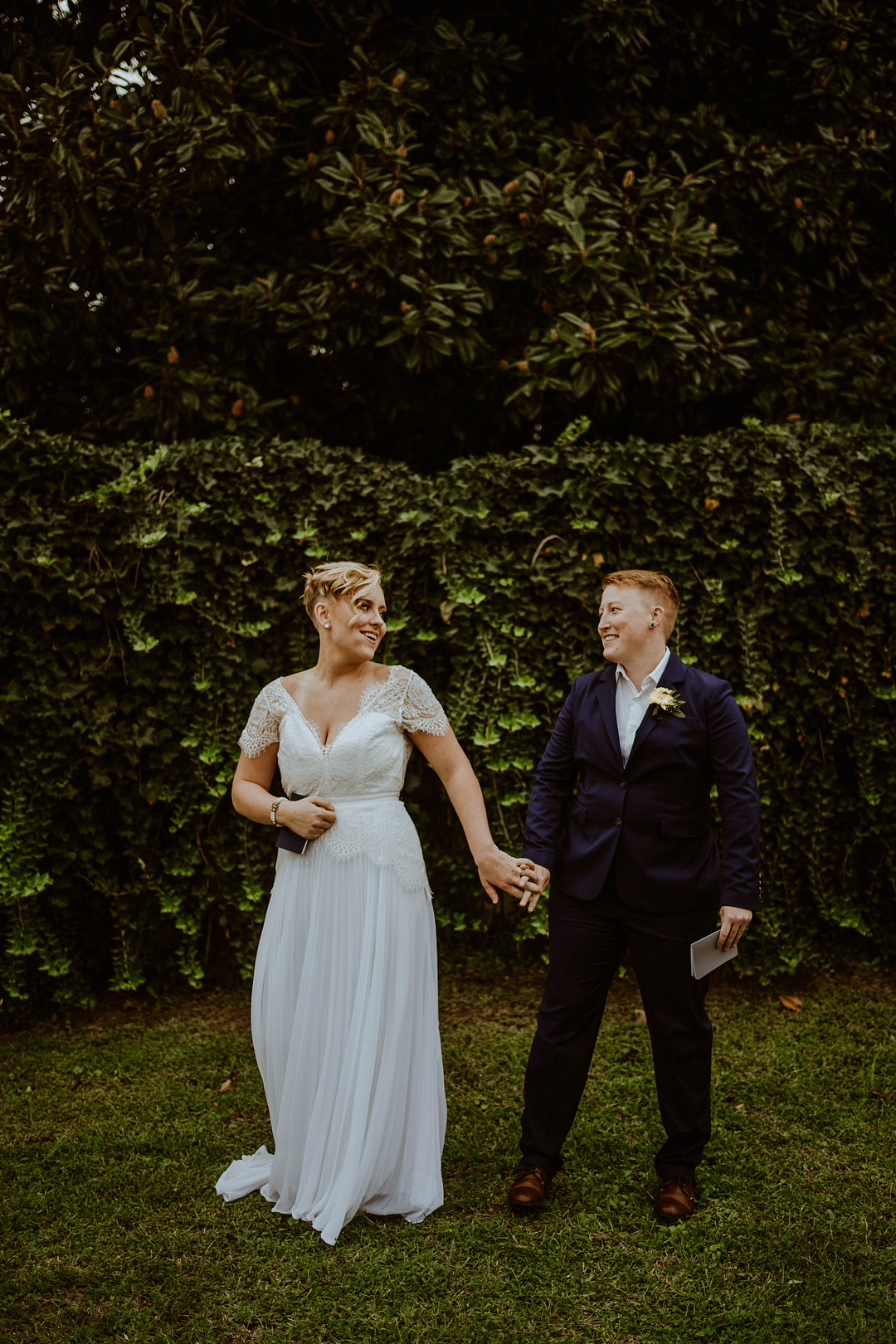 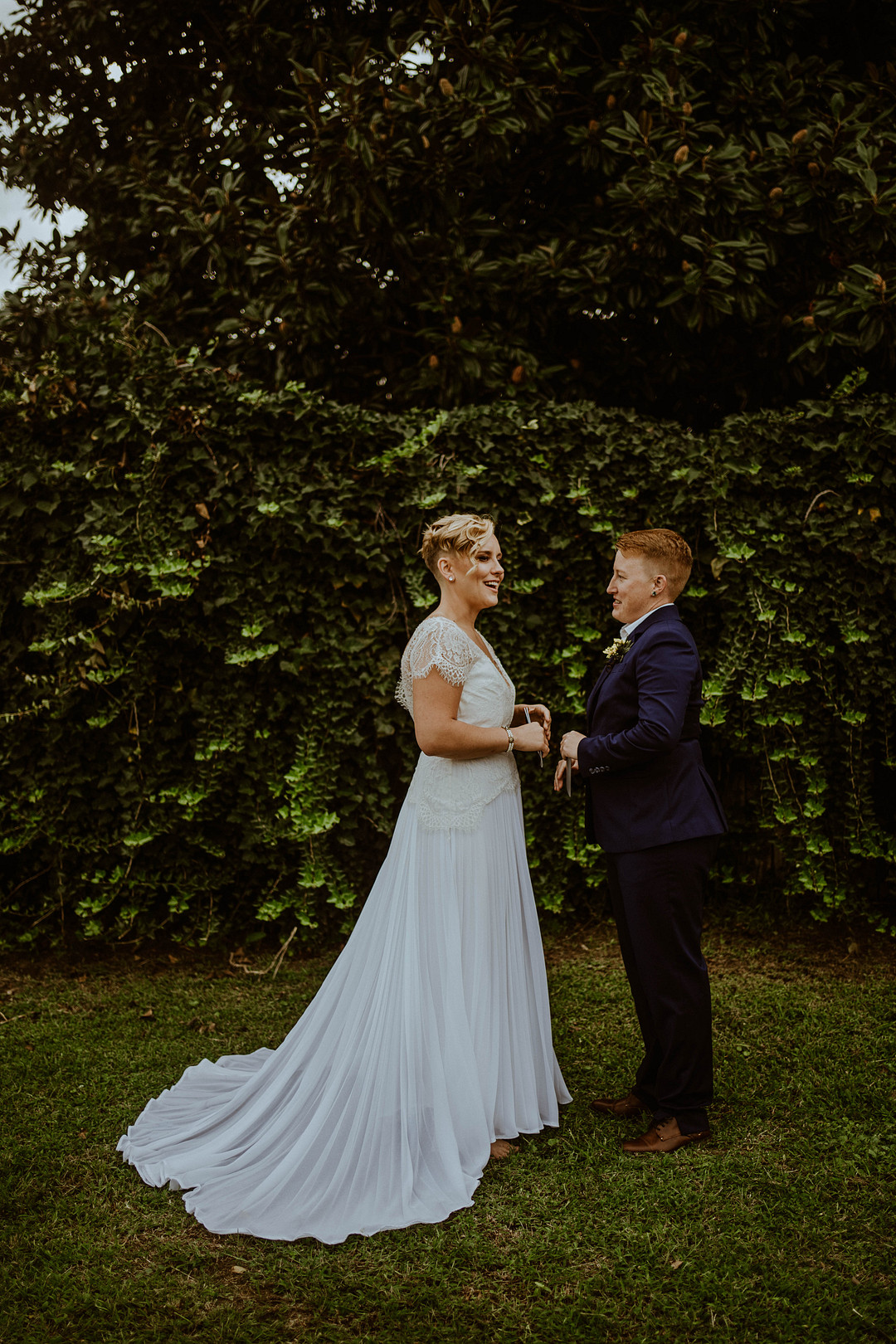 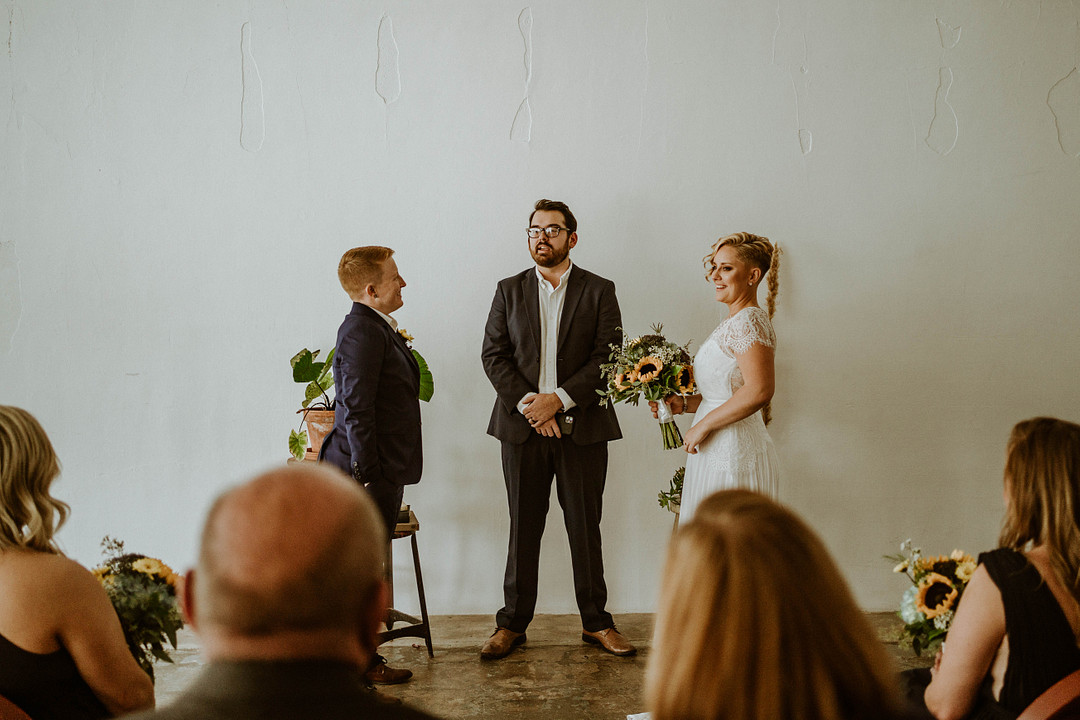 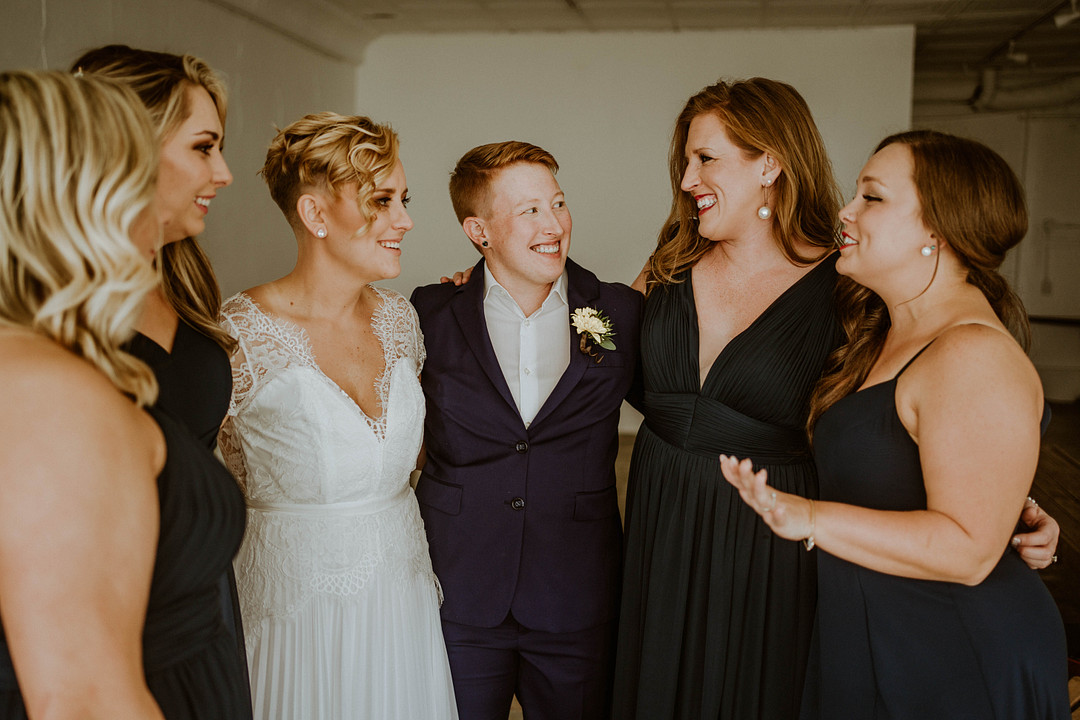 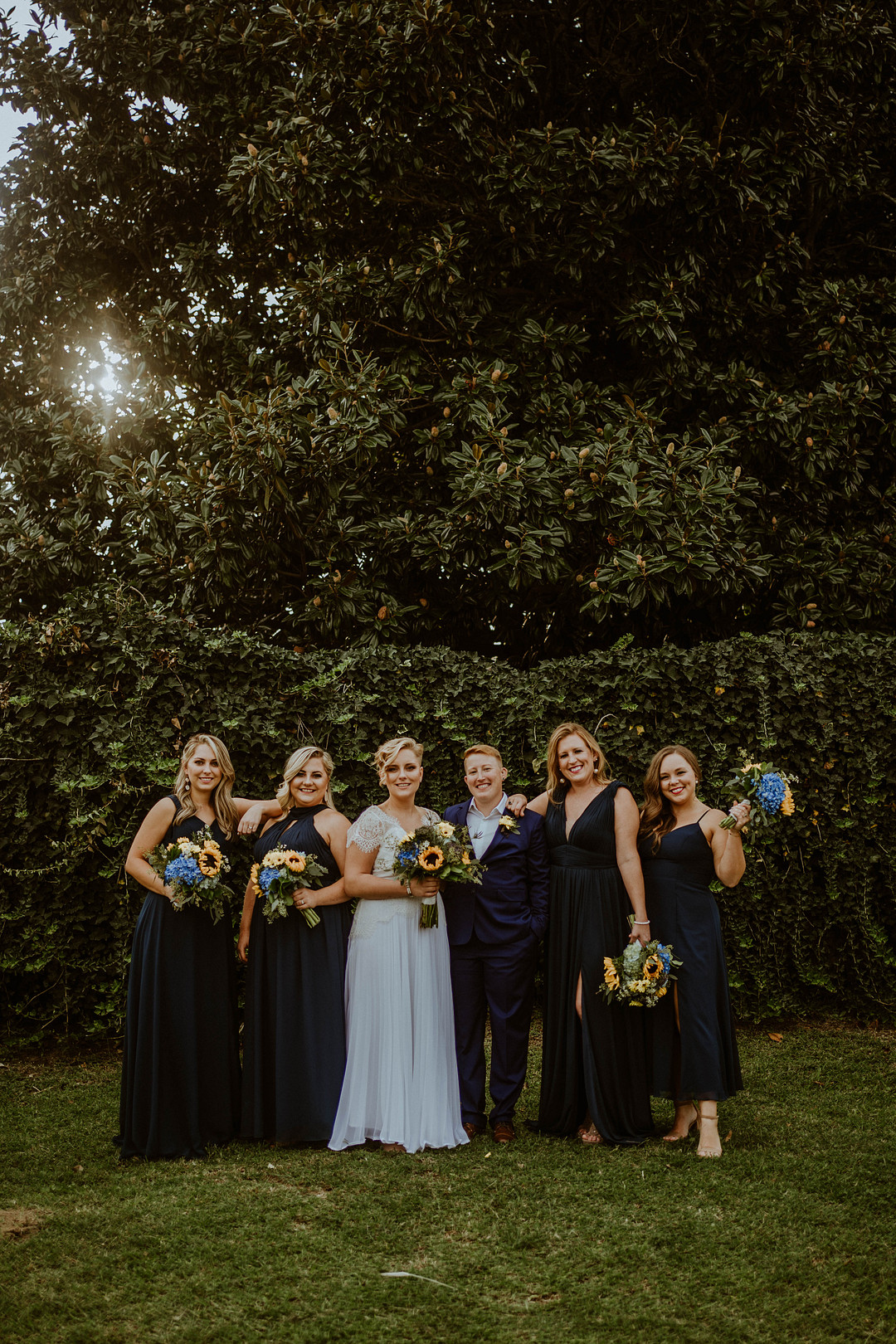 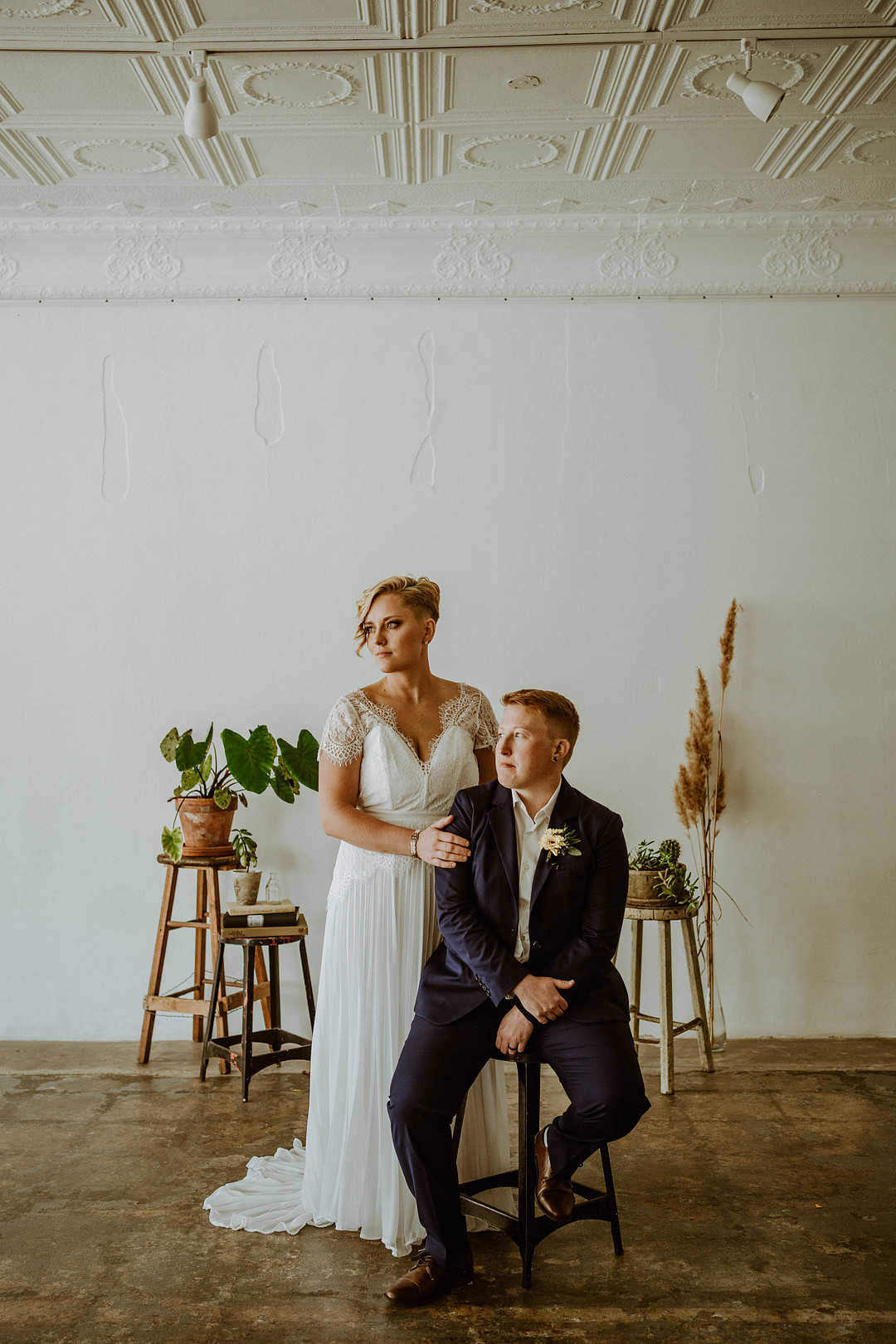 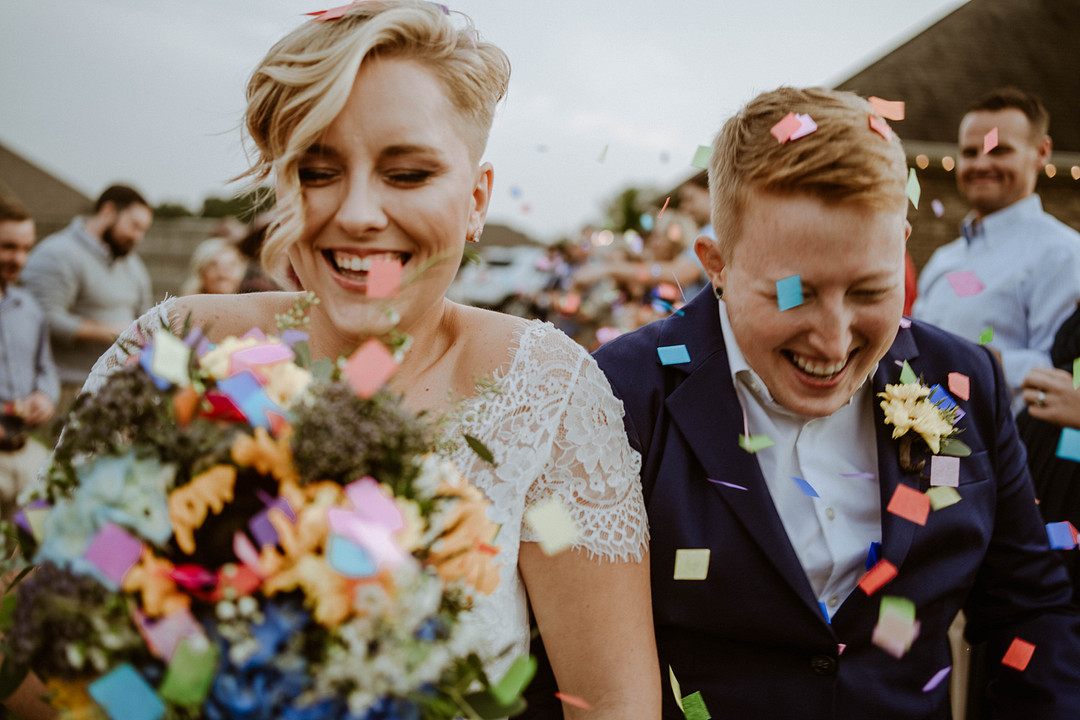 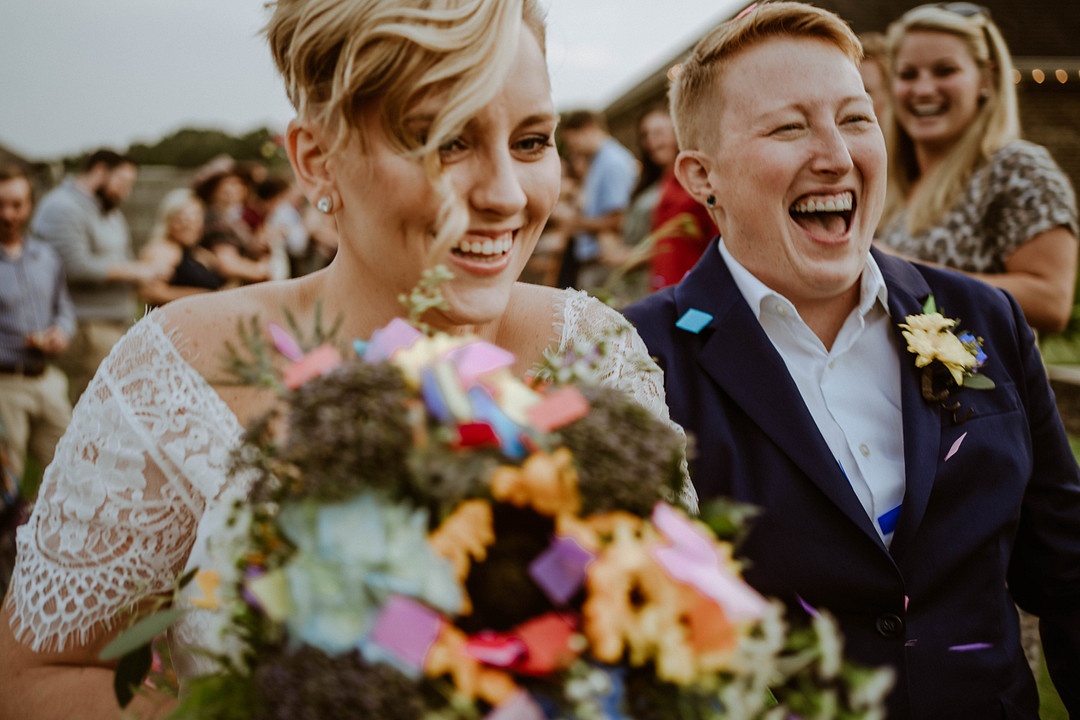 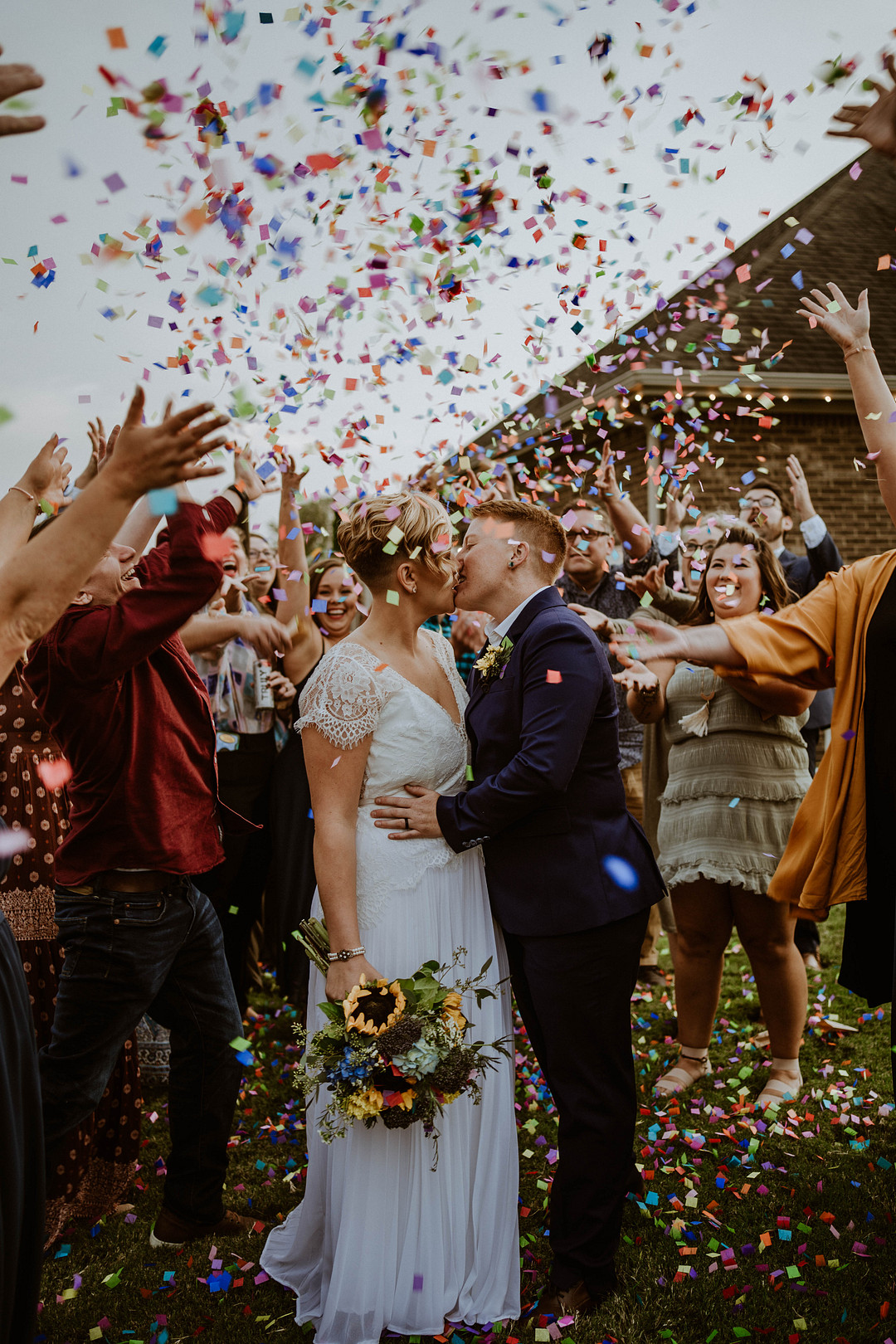 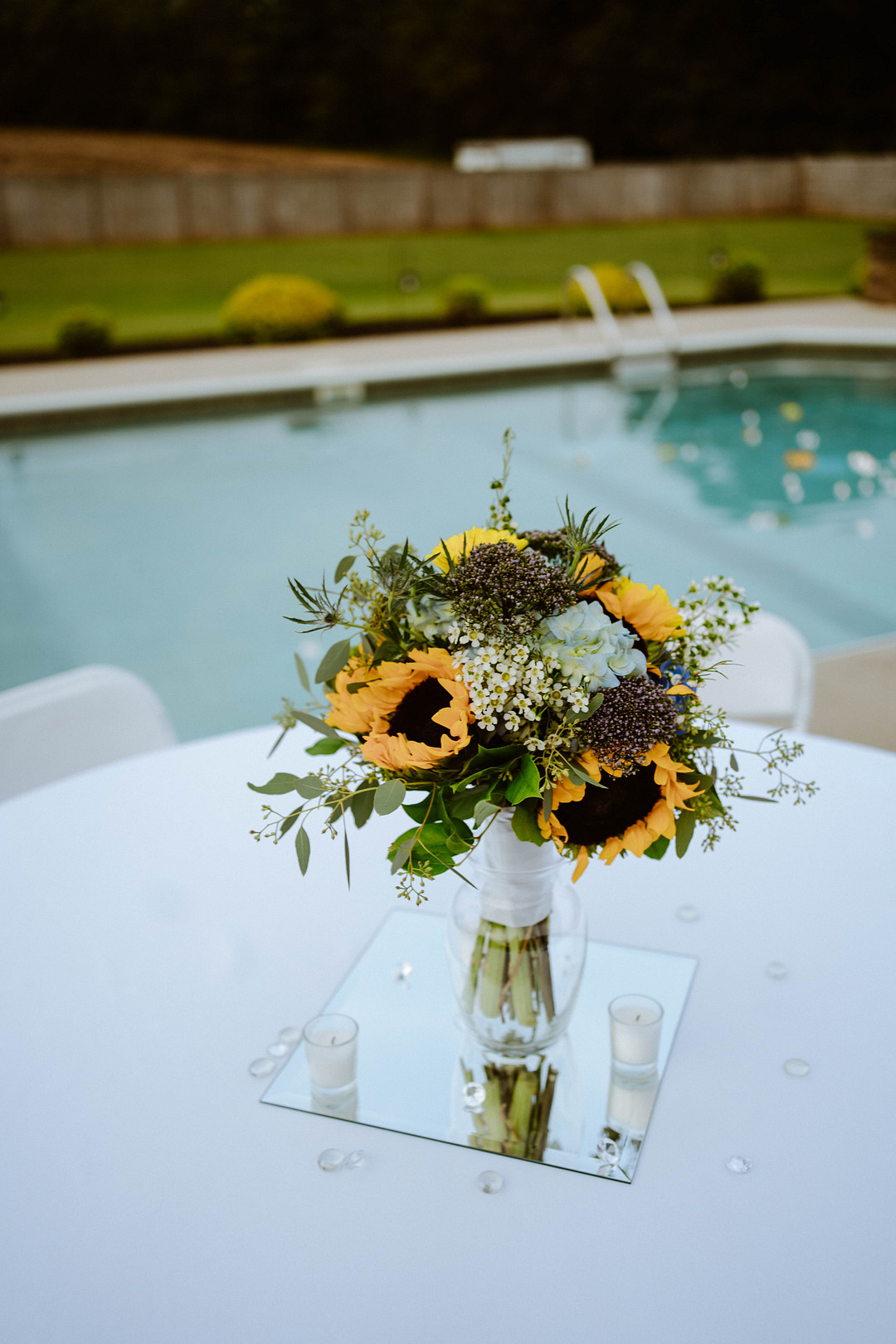 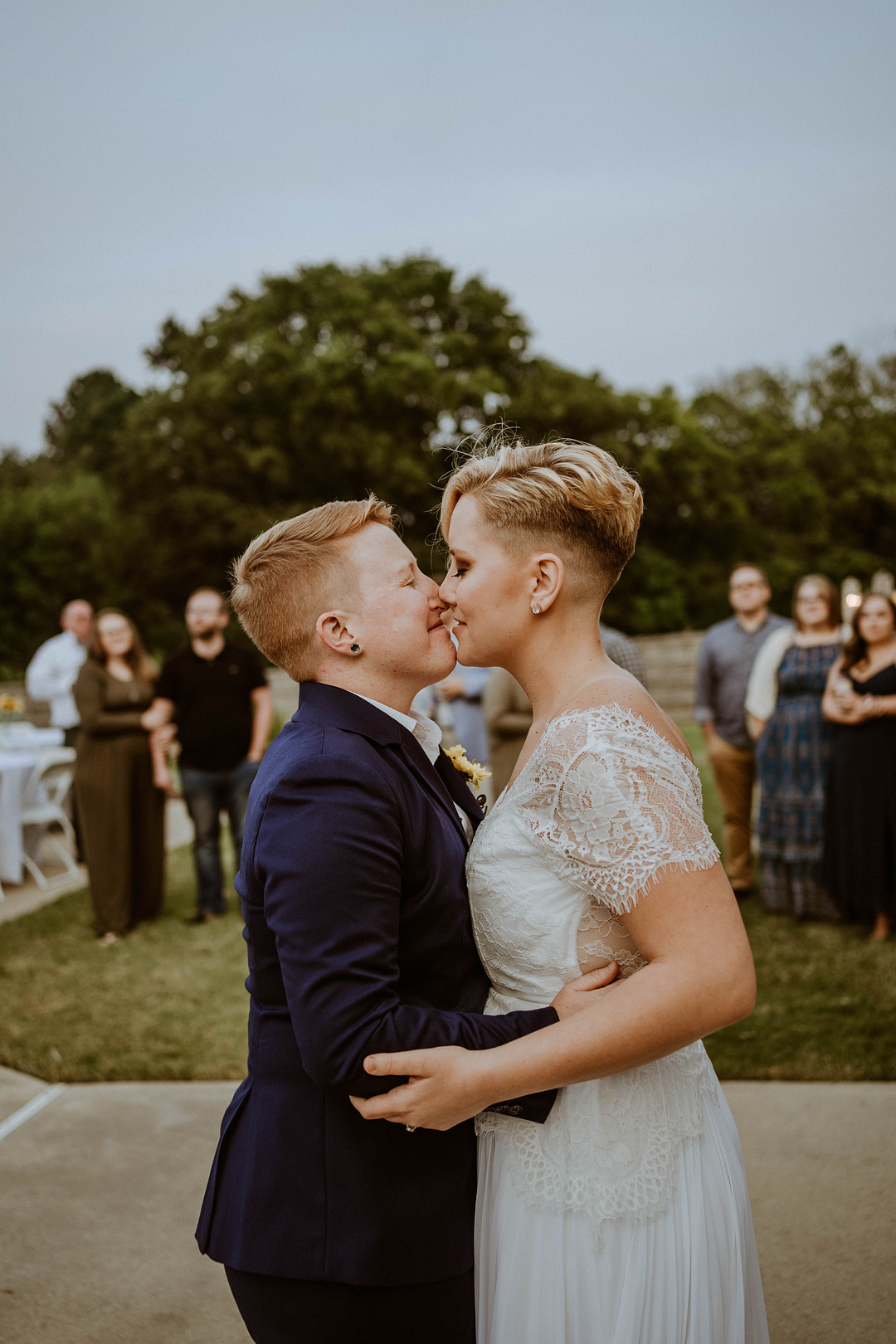 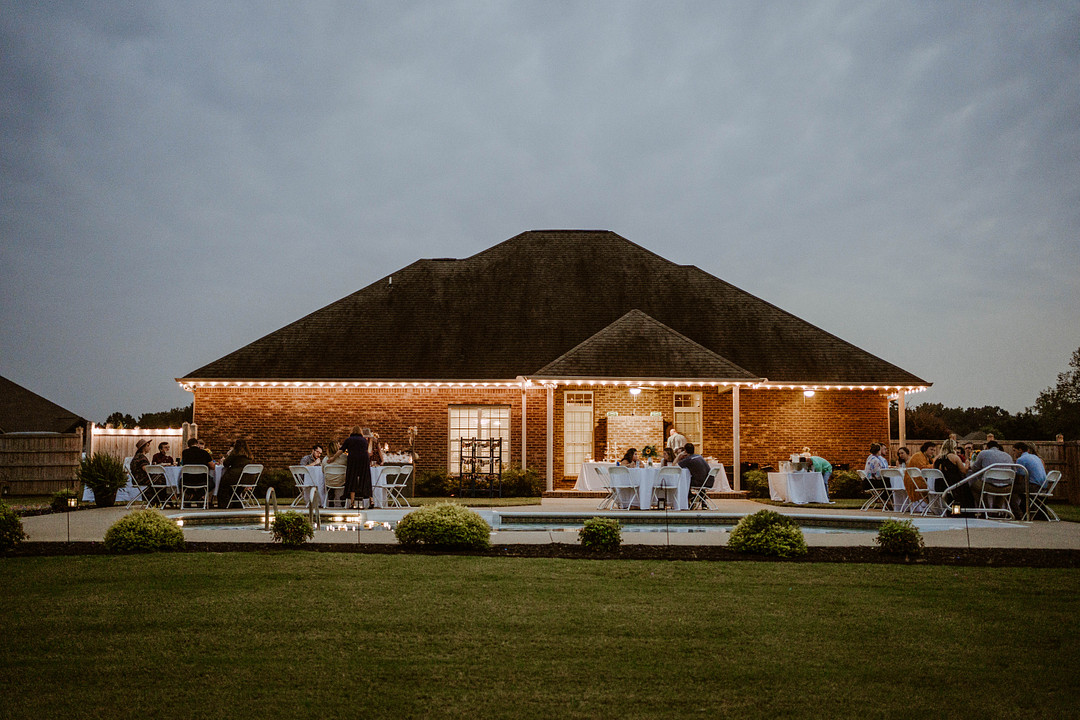 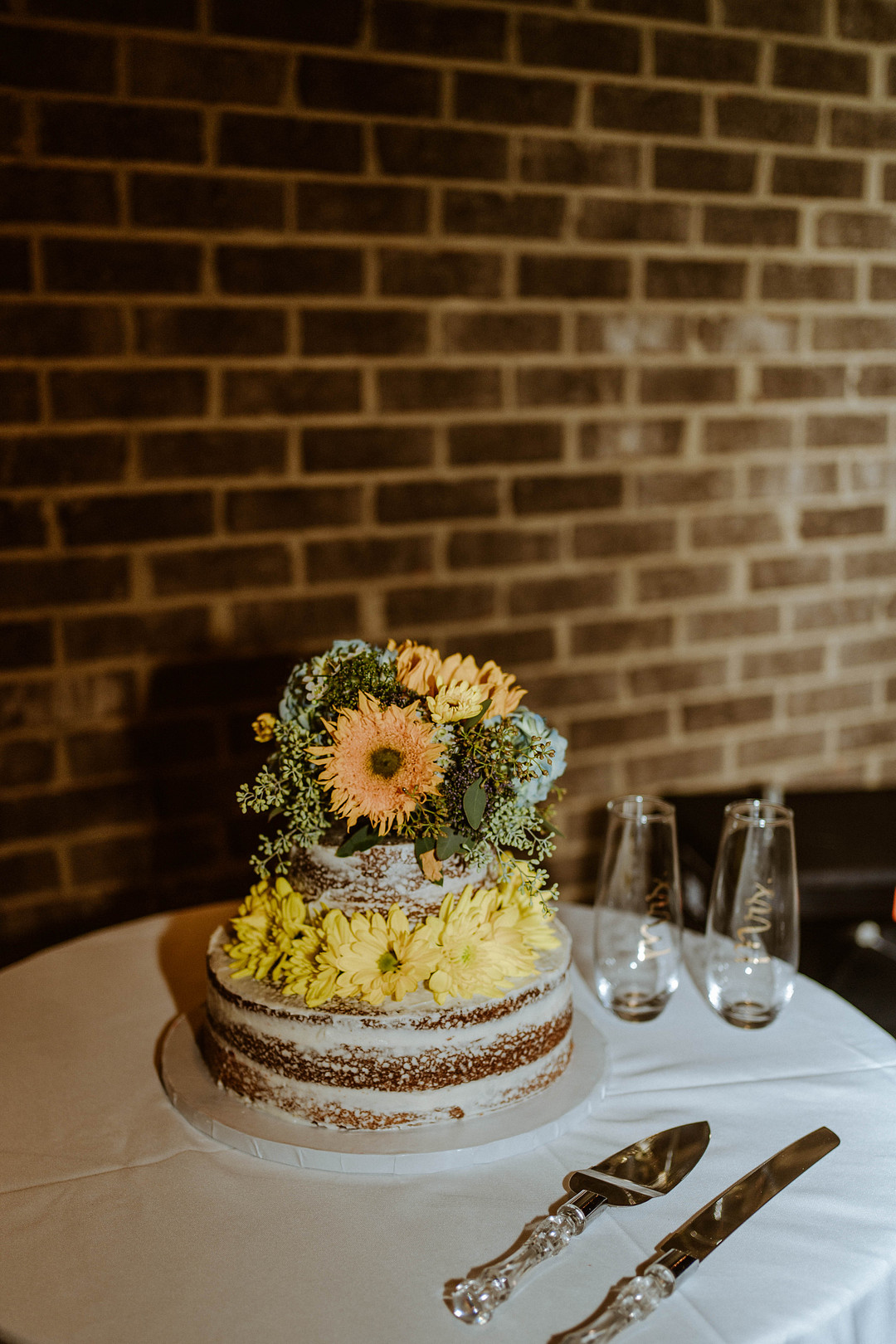 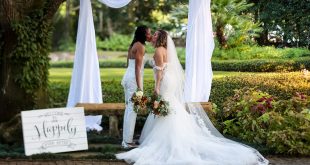 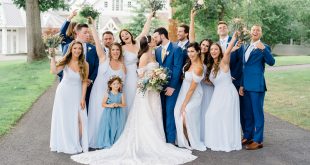 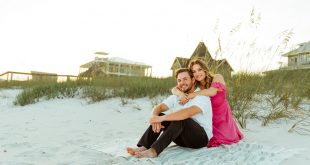