Onna and Jon wanted something different for their winter wedding. With the focus on indoor venues, they checked out several spots before deciding on The Lofts at Union Square in High Point, North Carolina. They loved it’s modern, industrial feel and the fact that they could easily customize the space with the rustic touches they were looking for. First and foremost they customized their ceremony. Not only did they include a unity cross, which Jon made himself, but the bride’s uncle performed the ceremony. It’s always special when someone you love officiates and although Onna’s uncle had never had the pleasure of joining a couple in matrimony before, he “studied, prayed and practiced” and did a fabulous job!

When it came to fashion, Onna says she had a vision of how she wanted to look on her wedding day from a very early age and she tried several options before she found “the dress”. “My dress was mermaid-cut, antique white lace, with buttons all the way down to the end of the train. Our whole bridal party wore gray Vans, except for me. Jon surprised me and made my Vans stand out by gluing pearls all over them and even putting a little ‘I love you’ message on the back of them.” Jon chose a light gray fitted suit with a matching vest, and a solid pink tie, fitting in with the pink and blush theme of the day. Onna’s bridesmaids wore sleeveless blush gowns while Jon’s groomsmen’s look mimicked his own with the exception of their gray and black plaid ties with pink accents.

For the decor, Onna and Jon (with help from their families) did much of the work themselves. They hung three large tobacco baskets, which were overflowing with dangling flowers, above the center of the space. Four small wooden baskets filled with flowers hung above the reception tables and the antique wooden doors that formed their wedding alter came from a family farm. This creative couple handmade signs and other small details as well. “It was more work than we bargained for, but it was all worth it in the end!”, says Onna. When it came to the main floral arrangements they had some help from Dish Garden Art. They created rustically elegant arrangements with a combination of greenery, roses, carnations and hydrangea in the couple’s chosen blush and pink palette adding pops of red for contrast. Combining simple, traditional flowers with vintage rustic elements created the vintage industrial chic look they had envisioned.

Onna says her favorite part of the day was the “first look” she shared with Jon. “As I walked up behind him I had never been more anxious and excited in my life! The look on his face was priceless and something I will never forget. This was time for us both to just take it all in and really get to see each other’s reaction without having the distraction of 130 other people in the room.” We love that they gave out jars of blackberry jam which they made from berries they picked on their own property as favors. Congratulations Onna and Jon! 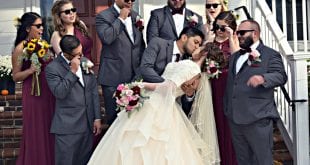 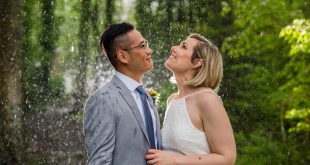 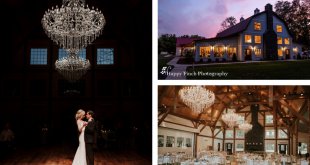 Historic Rosemont is Booking Brides and Taking Care of Clients 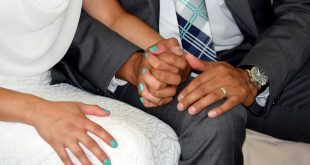 On Celebrating Your Original Wedding Date

By: Tania Hossain of  Wedding Stories By Tania If you have had to delay your …