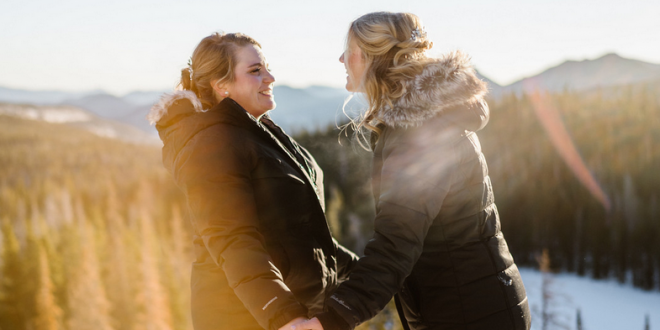 Winter Elopement in the Rockies

Captured & submitted by Vows and Peaks

You don’t need to go far in Colorado to find some amazing views. Rocky Mountain National Park is one of the most beautiful places in Colorado and sometimes it feels like you’re in your very own snow globe during the winter. Courtney and Jessie wanted a winter elopement, so we went over a couple of different options before settling on an epic snowshoeing adventure in RMNP.

Summer is the most popular season for elopers but winter makes for some breathtaking views and awesome adventures. Exploring Rocky Mountain National Park in the winter made for an awesome adventure and epic photos.

We started off on our adventure before sunrise and hit our first destination just in time for some awesome colors. Jessie and Courtney popped some bubbles to celebrate, because why not?! We took in the epic sunrise before we made out way down (still drinking bubbles, of course) and then headed over to the ceremony location where they shared their vows privately.

The only way to truly cap off an awesome day was to head back to the AirBnb and share a cupcake with the puppy. I can’t thank Courtney and Jessie enough for having me be their adventure buddy in the snow. It was a great day of adventure, laughs and all-around fun! 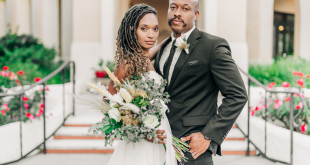 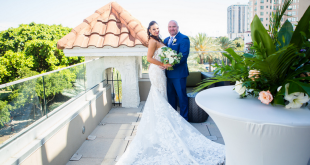 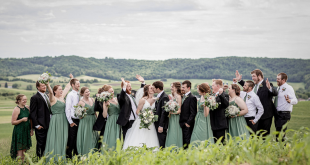 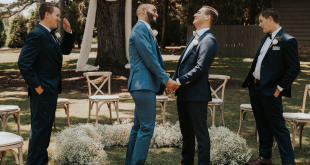