This Camp Pendleton wedding by Bob Hoffman Photography & Video has a rustic feel with a touch of patriotic with hints of red, blue and gold colors. The beach ceremony was intimate with a special sword ceremony as the conclusion in which the couple passed through the groomsmen’s arched swords. The reception was cozy with lit mason jars, handwritten signs and wooden building blocks to write on as a guestbook. Brides & Weddings recently interviewed the bride and here are some of her favorite parts of the day and planning tips:

“Nate and I met at a small bar in San Clemente. At the time, he was living in Oceanside but I was living up near Anaheim, it was pretty random that we met up, and then hit it off so well.Nate proposed shortly after we had moved to Albuquerque, NM. We went to the Nuclear Science Museum on a Friday evening to “find a present” for his daughter we were heading to California to see the next day. We had moved to ABQ for my husband’s job, as an instructor at the Defense Nuclear Weapons school, so we thought the museum would be a fun tie to the city to bring back to the kid. We went inside and were walking around the exhibits, and he stopped in front of the Trinity Device replica and dropped down on his knee and proposed.”

“When my husband and I sat down to plan, we wanted something as simple as possible. We did not want anything elaborate, we wanted it to represent us. I knew I wanted to get married on/near the beach, and he wanted to incorporate his Marine Corps service, as it is such a huge part of who he is. We found the venue at Camp Pendleton and knew immediately it would be perfect. From there, I did not want the colors to clash with his uniform, and thought what better than red, white and blue to keep it all together.” 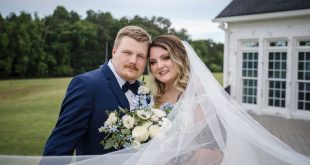 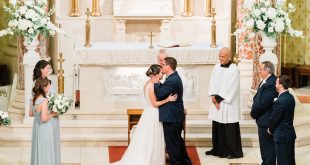 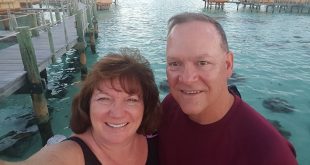 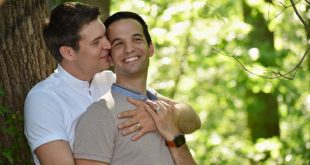 Marriage Proposal: Do it your way!

By: Wedding Stories by Tania This is the story of two small-town laid-back guys who …