Home / featured / Alexa and Chris: A Surprise Proposal in Italy 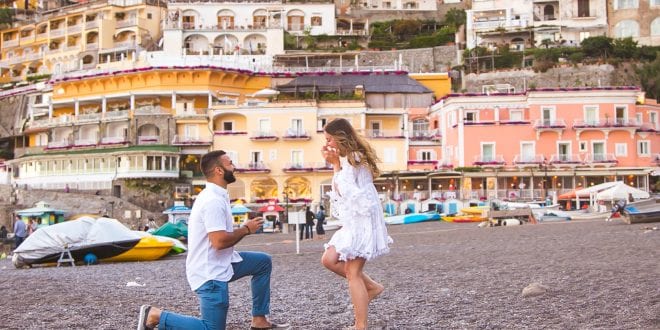 Alexa and Chris: A Surprise Proposal in Italy

Alexa and Chris met in chemistry lab during their sophomore year of college. Chris was studying to become a doctor. Alexa, a nurse. She says she thought he was adorable from the moment she saw him. “Who could resist those lab goggles”! And although the timing wasn’t right at that point in their lives, they eventually reconnected. One night, in a crowded bar, Alexa got separated from her friends. And ran smack dab into Chris! He offered to help her find her group, but instead – they ended up talking all night.

Five years later, Alexa surprised Chris with a med school graduation gift, tickets to Italy! So, he decided to surprise her right back. While they were planning the trip, on which several family members had planned to join them, Alexa hinted at a romantic proposal in Italy. But Chris, was dead set against it. He wanted to wait until he started his residency – or so he said. 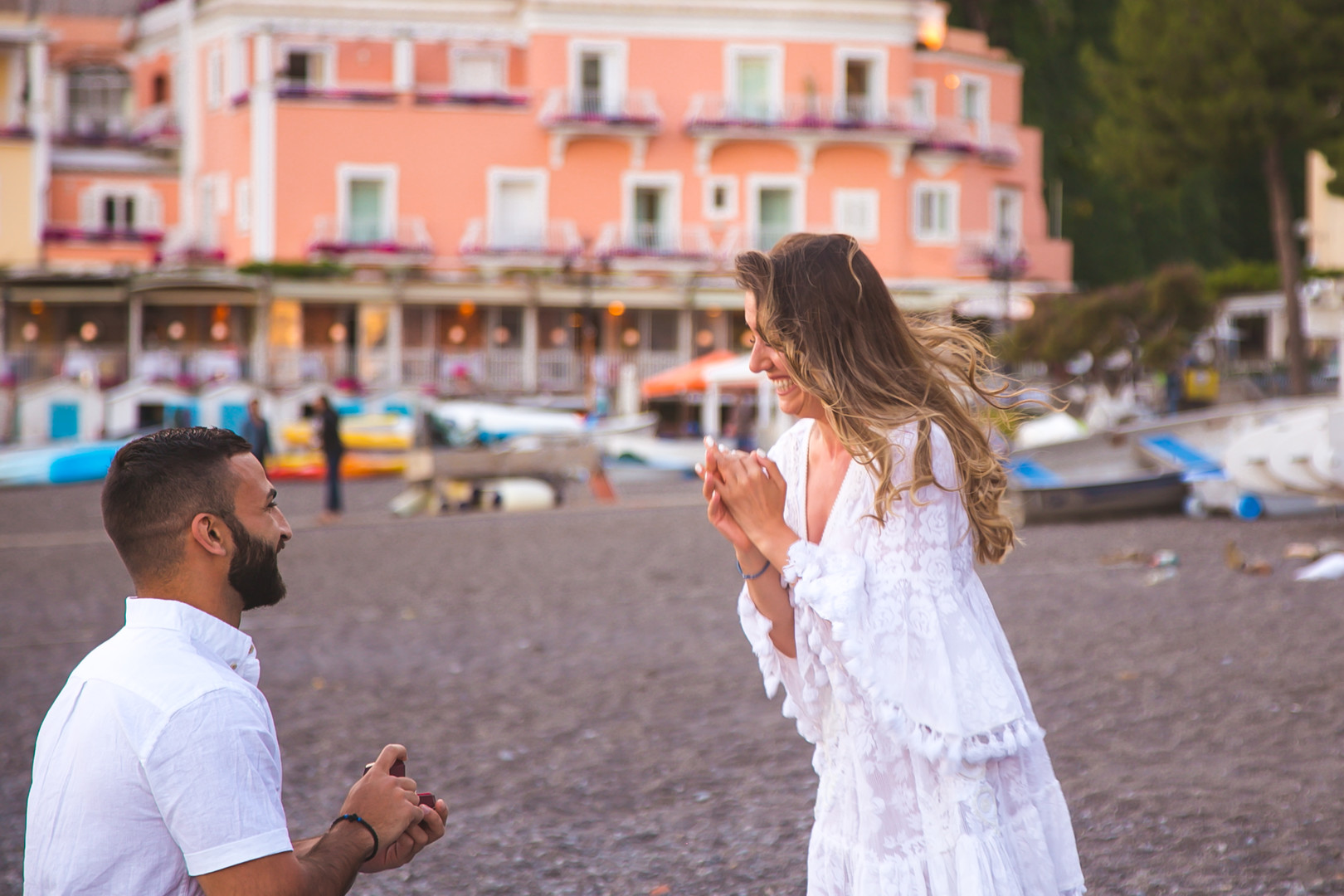 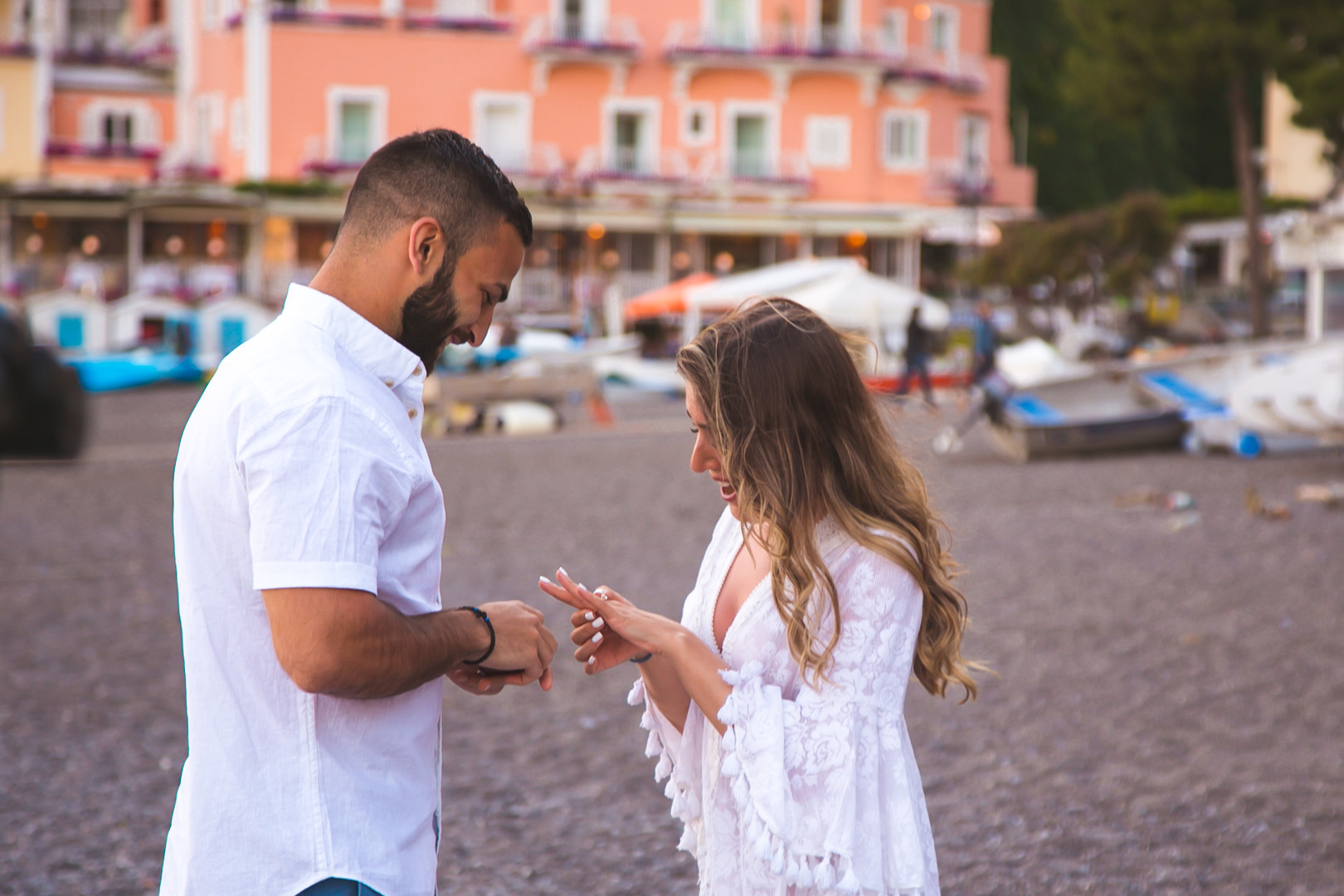 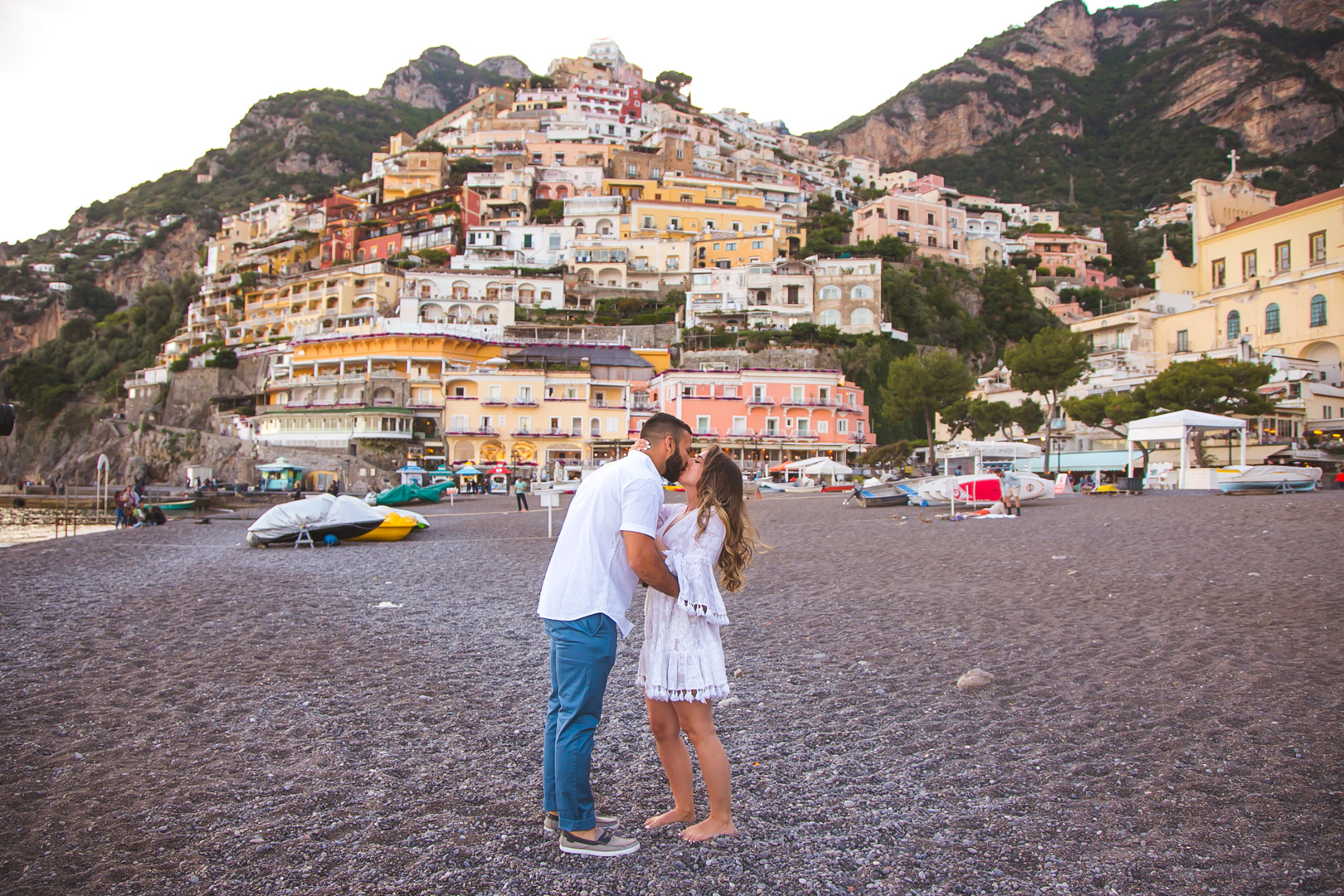 Instead, he enlisted the help of Alexa’s brother and his girlfriend, who were along for the Italian adventure. They also happen to be photographers. Alexa didn’t think much of them having photo equipment with them as the trio took a sunset walk on the beach in Positano. After all, it was the first sunny day they’d had since arriving in Italy. So, they took some group photos and then planned to capture a few of each couple.

When it was time for Alexa and Chris to pose, he took her hand in his. Alexa sensed he was nervous. But when he got down on one knee she could barely contain her excitement. He told her how much she meant to him and how much he loved her. Then he asked her to be his wife. Alexa jumped up and down in pure joy and of course, she said yes! And they celebrated with their loved ones in the most beautiful setting. Congratulations Alexa and Chris!