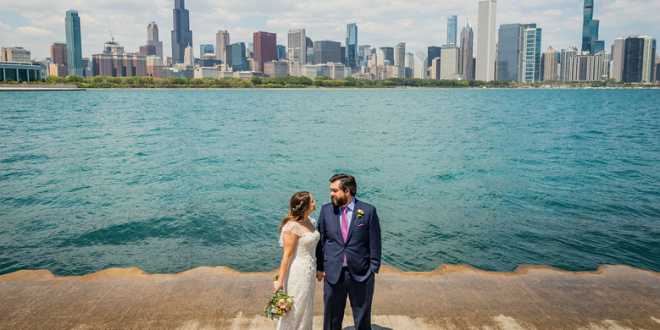 It was a beautiful day in Chicago when Chiara and Dan tied the knot at City Hall. I met the two outside of the courthouse to take some portraits around the area. We then head over to the Adler Planetarium to snag some skyline shots and finished off the first part of our day in Humboldt Park. After a brief break, I met the two at their apartment where they were clinking glasses and laughing with friends. They led the parade of people down the street to their venue, Reclaimed Bar and Restaurant. There were speeches, smiles, and plenty of boozy drinks. The evening ended with a dance and a kiss underneath the ambient glow of the patio lights.