Captured & submitted by My Paris elopement

Anthony and Enid are a special couple! Read about their love story and take a look at their couple’s photos.

Enid and I have known each other since we were 12 years old. We began dating in 2013 while in college. From that point on our relationship began to flourish. Over the next few years we started traveling together and planning our future. In December of 2016 I started to think about marriage and caught myself constantly looking at rings.

In 2015 after Enid graduated college she decided that we would go to Greece. As I prepared to graduate college in May 2017 I decided I wanted to take her to Paris. I knew I wanted to make the moment spectacular and special so I started to prepare. This is the moment that I contacted Pierre.

I planned for 5 months constantly communicating with Pierre. From this point I planned the outfits, rings, and thought about how everything might work. The whole 5 months I was able to keep it a secret.

In May we traveled to Paris, I told Enid that we were going somewhere fancy so she would wear the dress I picked out. We took an Uber to the Trocadero where I asked a stranger (Pierre) to take our picture. At this moment he said the key words, “The light is perfect!” I got down on one knee and proposed while he took our pictures.

That day everything turned out perfectly and the photos are more than amazing. 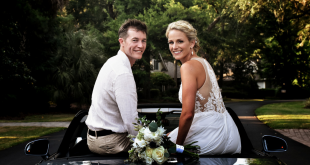